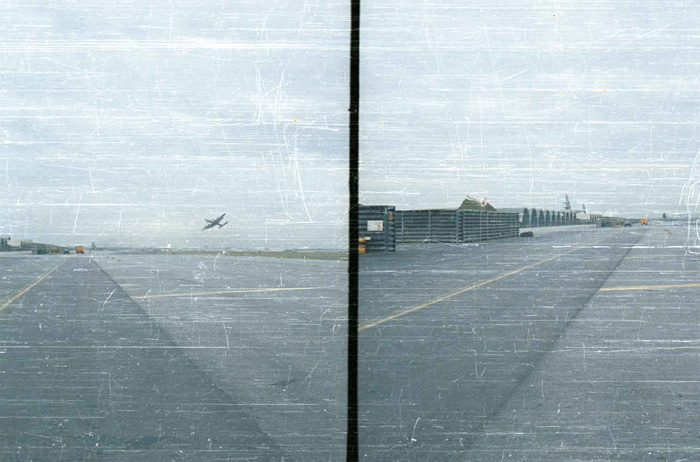 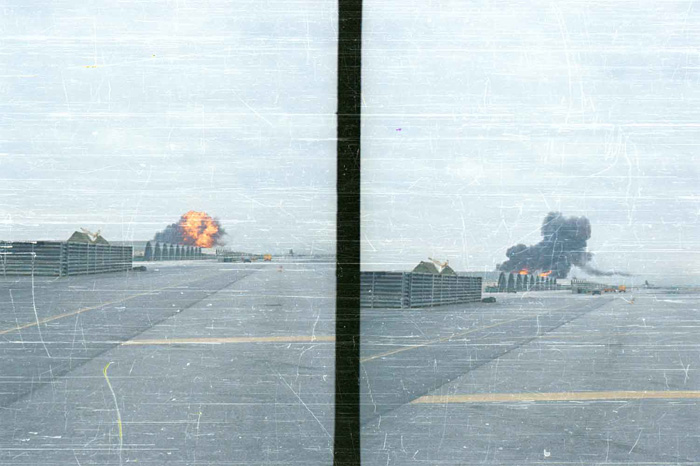 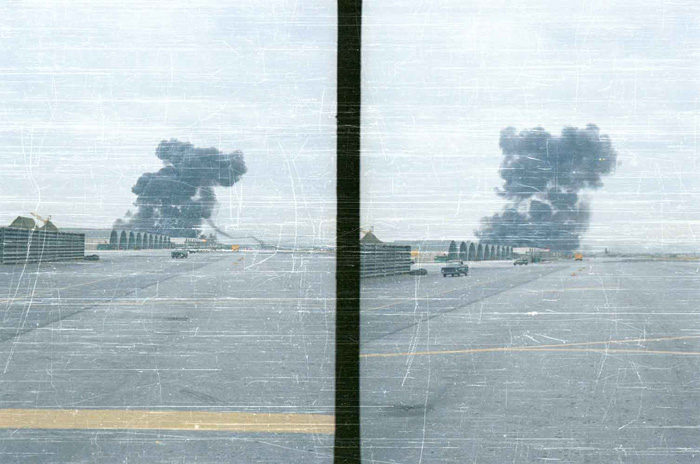 As for the crash, the story I heard was that the bird was low on fuel
and one of the starboard engines had already quit as they were on final
approach.

For some reason the pilot decided to go around, aborted the landing and
turned into the dead engine.  One thing I learned in civilian
multiengine training is not to turn into a dead engine as it can cause
the aircraft to roll.  And that's what appears to have happened in this
case.

Note that in the 4th and 5th images a column of smoke can be seen moving
horizontally to the right.  I was told that was one of the engines that
broke loose.

The most amazing thing to me was that several people that had been
riding in the back actually walked away from the crash.

I did not take the crash pictures. Rather I found the very scratched negatives in the trash at the base's hobby photo shop shortly after the crash. 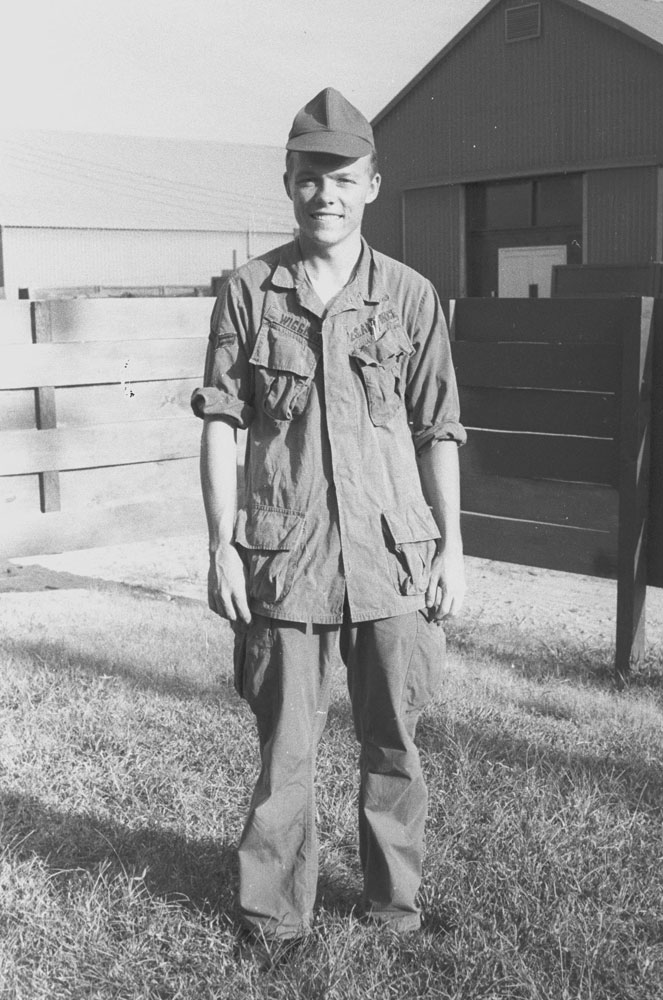