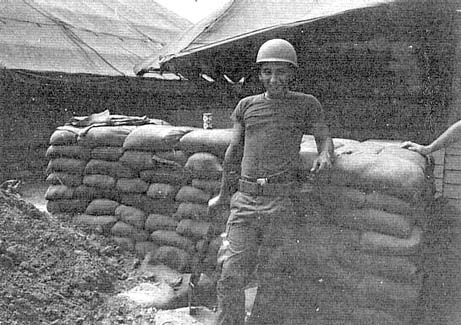 Roberto Diaz standing in front of his tent 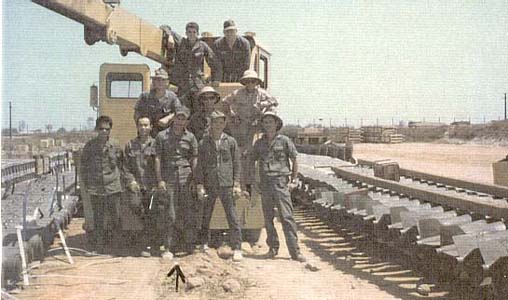 Roberto Diaz with his bomb crew. Airman Bell with his elbow on the
crane boom. The bombs are 500 pounders (MK83's) 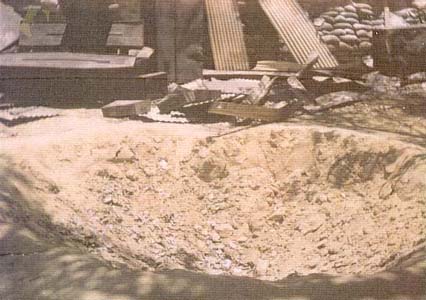 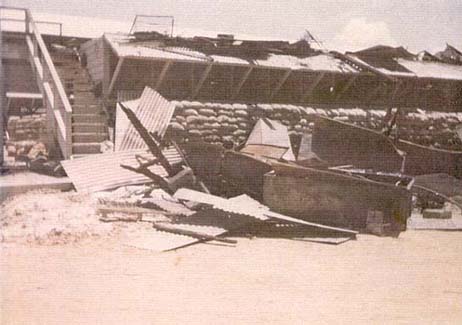 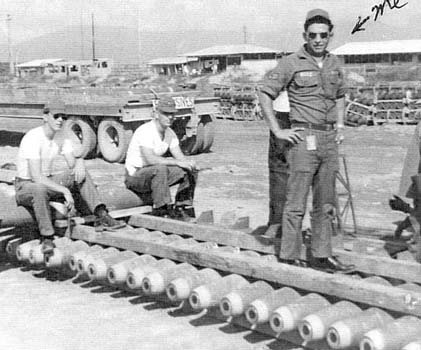 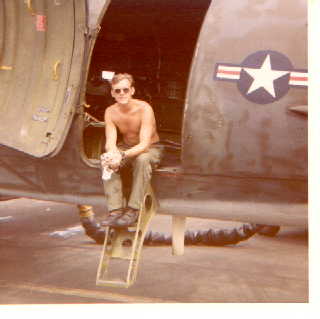 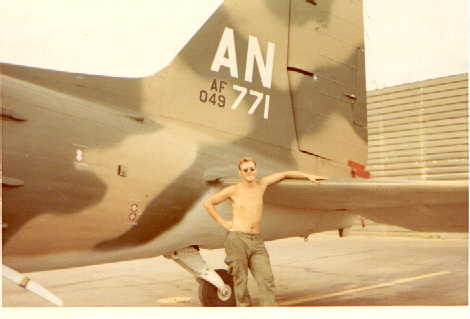 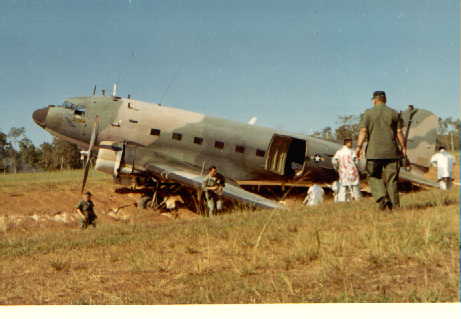 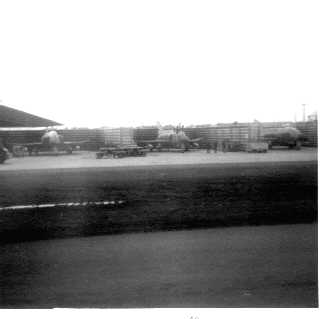 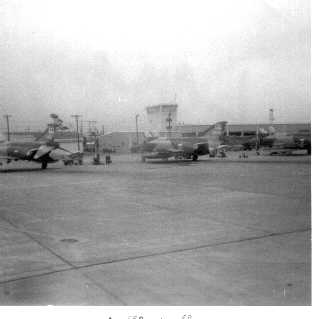 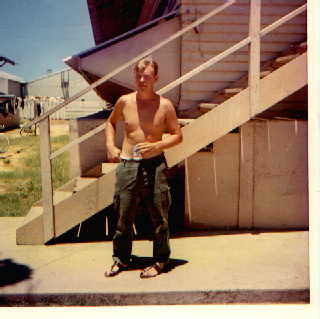 Jim Jones, summer 1971. Gunfighter village.
He's facing VNAF A37 ramp. The BX is in the
background. 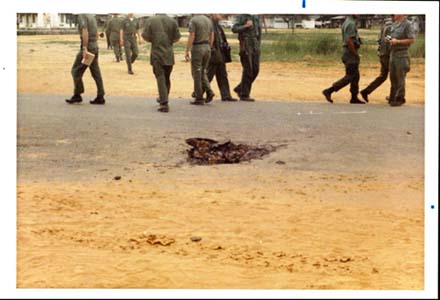 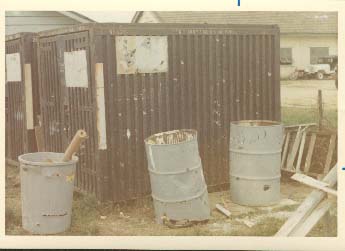 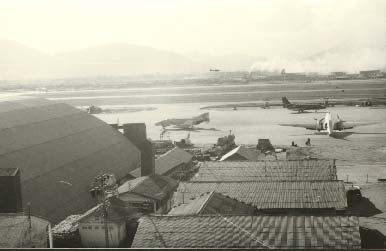 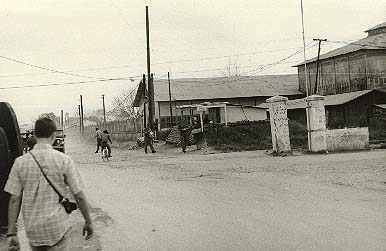 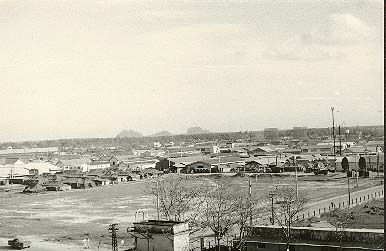 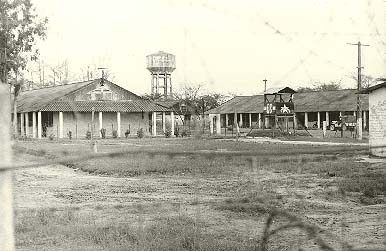 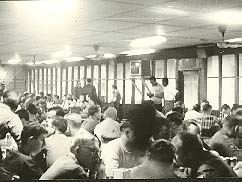 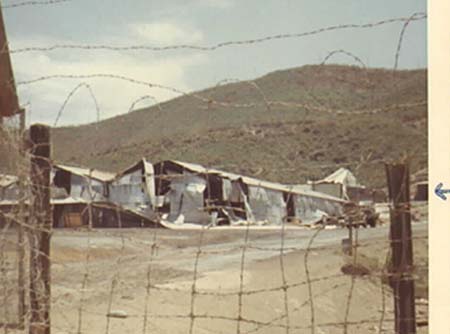 Freedom Hill on Monkey Mountain after a rocket
attack in 1969. The arrow shows where Bob Hope
had his Christmas Shows in 1968 and 1969.
(Gary Ganskow photo) 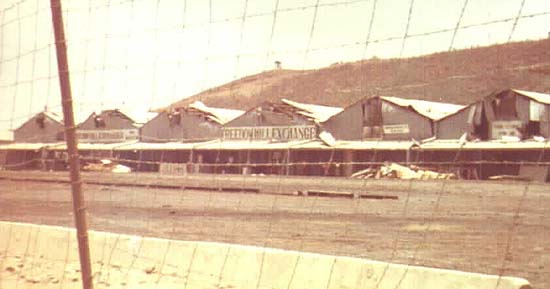 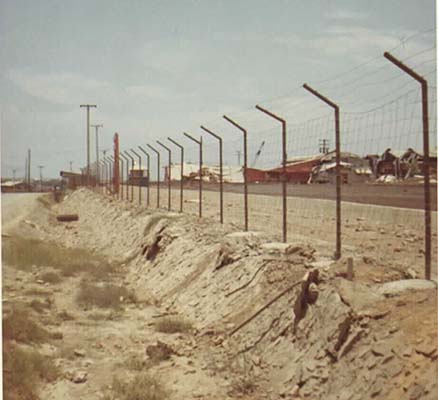 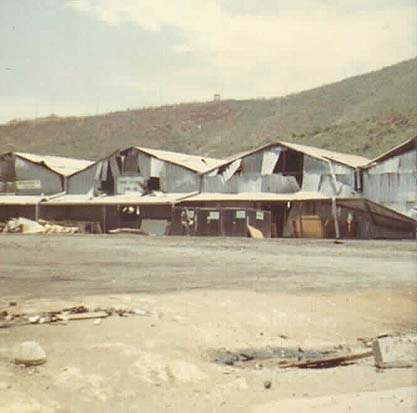 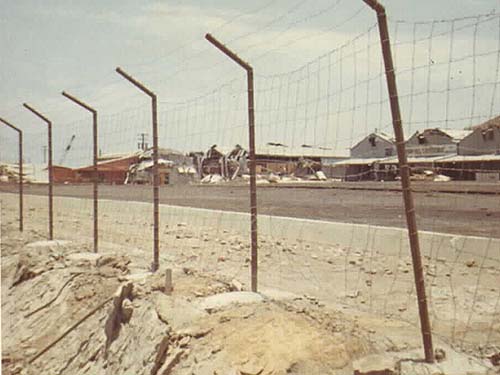 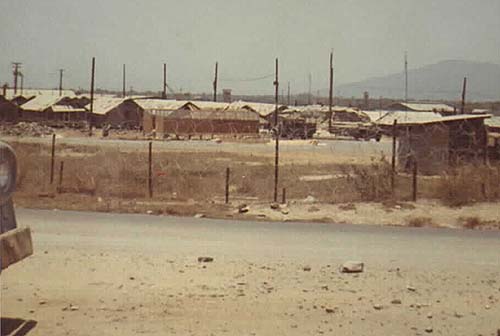 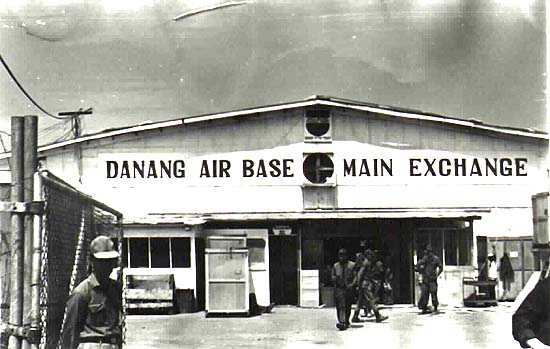 This is the Main Exchange at the main entrance to Danang Air Base 1969.
We would loose this area to the VC almost every friday and had to take it
back by dark. (Gary Ganskow photo)