All shiny and bright,

We made it to her flight.

A year of torment,

Lead to this scheduled flight.

Frightened by the fear of meeting

Freedom Bird rolled down the runway,

While unbearable thoughts entombed us.

Freedom Bird lifted her wings and soared high into the blue.

Comforted in her safety,

We snuggled in our Bird's flight.

It's over we sighed.

A final joy was felt.

For there were to be no more

Off Freedom Bird in Los Angeles,

My thoughts were of going home.

Looking out the windows of the bus,

I saw houses standing in rows.

One day I lived next to a rice paddy, and the next day I was here.

How, unexpectedly, strange it felt.

Getting off the bus, I ran to make my flight.

I passed a lady who shouted, "killer".

Strange, I knew my duffle bag did not hit her.

I walked onto the plane.

Why are they looking at me so strangely, I thought?

Off to New York I flew, with no time to think.

I took a wild ride with a New York Cab driver.

In Grand Central Station, an older man stood and looked at me strangely.

He stared at my uniform, shook his head, and asked me if I was in ROTC.

No, I just got home from Nam I said.

Looking at me in disgust, he shouted "baby killer".

Taking off my uniform I changed into my jeans.

I called my Dad for a ride home.

He said I did not know you would be here so soon and I need my sleep.

Sorry to have awakened you, Dad, you get your sleep.

I walked home and never told my mother what my father did.

They call it my anniversary day

Because it is itched into my mind

It begins with a whistling sound

Followed by a crash above me

Then crackling sounds of red metal flying around me

As I was blown into the air

I could see myself screaming

And I was amazed to see myself in the air

At first I thought I was dead

Because how could I see - me?

And then I felt the ground

My ears ringing but I found no wounds on me

From Charlie's Rocket blast above me

Then I realized my only friend George

I had to help George

And I yelled for others to help

As they dove away from another rocket blast

My ears ringing and my legs shaking

And I can still hear him groan and call my name

He died just back from R & R

Writing home to his wife 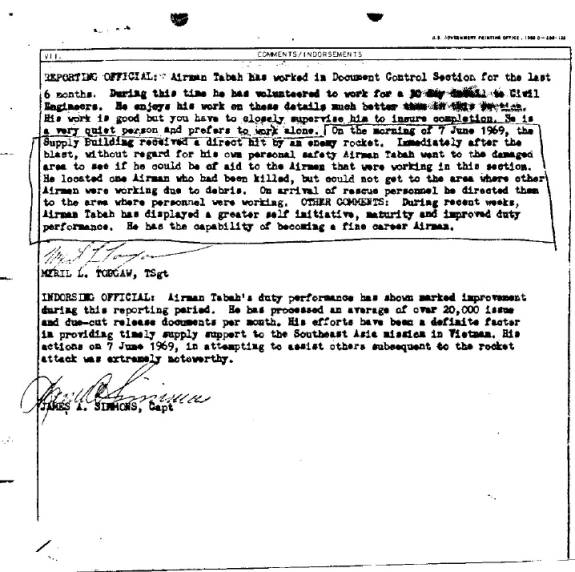 Beware of Man who Dressed in Green

A man dressed in green walked
Onto the Capitol's grounds.
Throwing his medals over the wall
He forever tarnished their meaning for all.

Powerfully, he stood and talked
On April third, nineteen seventy-one.
Convinced that he was right,
Followers' medals shadowed his over the wall

Today he stands on the Capitol's grounds
With tarnished medals polished by words.
His medals glittering for the camera's view
And he claims another is lying to you.

Vets wounded by his words
carried tears for those who died
When this eloquent man told his lie
That their fallen had medals with no worth.

From Drums orange, white and blue were sprayed

To protect the troops we were told

Rashes appeared, ones that did not go away,

Then we were told were rashes from the tropics heat

Strangely those tropic rashes continued to thrive in winter snows

A herbicide nicknamed Agent Orange carried by a deadly spray

And still other diseases from dioxin scientist now admit

Which are now tormenting Nam Vets during their golden years

From chemicals sprayed in an unpopular war not so long ago